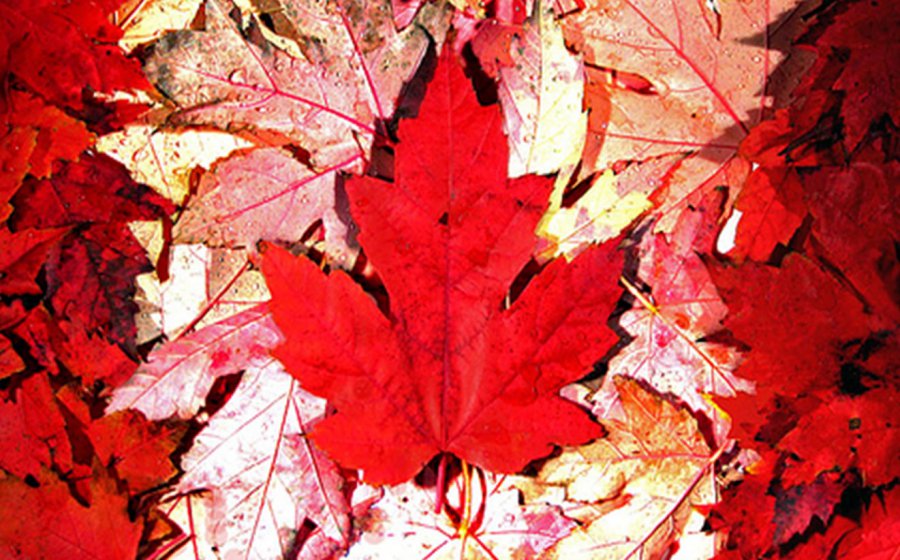 The history of the CAVD can be traced back to 1984. It evolved from the Ontario Veterinary Dermatology Interest Group based on the model of the British Veterinary Dermatology Interest Group. Three Ontario veterinarians, Drs. Ackerman, Schroeder and Pukay took notice of the widespread interest in the booming specialty and later considered expanding their group nationally. The first official meeting took place at the Annual Meeting of the Society of Ontario Veterinarians (SOV) on February 1st 1985. The following summer, the founding fathers gathered at Dr. Schroeder’s home in Fenelon Falls in Ontario to discuss a tentative constitution and by-laws that were modeled after those of the American Academy of Veterinary Dermatology. There were over 140 members from across Canada by the year-end.

The constitution was officially ratified at the Annual SOV meeting held in Toronto on February 1st 1986. The CAVD was born with Dr. Ackerman as first president! The first annual symposium was held as a satellite conference to the 23rd World Veterinary Congress in Montreal on August 15th 1987. Lecturers included Drs. Ackerman Lowell, William Schroeder, Danny Scott, Marilyn Keaney, Julie Yager et Manon Paradis. The second and third annual conferences took place respectively on September 14th 1988 in Vancouver in association with the British Columbia Veterinary Medical Association (BCVMA), and on July 8th 1989 in Ottawa, Ontario in association with the Canadian Veterinary Medical Association (CVMA). These seminars, followed by others in the subsequent years helped establish the reputation of the association in the country.

History of the Canadian Academy of Veterinary Dermatology

As relayed by Dr. William Schroeder, Honorary and Founding Member of the CAVD"

As with so many things in life, it was the confluence of a number of circumstances that brought Drs. Lowell Ackerman, Berney Pukay and I together. Dr. Ackerman had just started the first dermatology specialty clinic in Toronto. Dr. Pukay had become a member of the Ottawa Animal Hospital with an interest in dermatology and I had begun to refine my techniques in intradermal allergy testing in dogs. All three of us recognized the high percentage of skin cases that came through our clinics.  We also felt the lack of information about veterinary dermatology among practitioners.  This information deficit would hopefully be corrected through the Ontario Veterinary Dermatology Interest Group which would be affiliated with the Society of Ontario Veterinarians.

Then one fine summer day in 1985, Lowell and Berney appeared at my home in Fenelon Falls to discuss the expansion of the mandate for the Interest Group.  We had to persuade the Canadian Veterinary Medical Association (CVMA) to let us run lectures with their annual meeting and thus take dermatology seminars from coast to coast.  We developed an action plan, killed a bottle of champagne and celebrated the birth of the CAVD. At the American Animal Hospital Association meeting, I believe was in Atlanta, we established a very good liaison with our colleagues of the American Association of Veterinary Dermatology (AAVD).  We also made contact with some European veterinarians.  I was invited to give a lecture in Germany which was followed by a meeting with the executives of the European Society of Veterinary Dermatology (ESVD).

Through these meetings and for 1,000.00 US dollars of seed money, the CAVD became a full member of the World Congress of Veterinary Dermatology. Representing the CAVD, I started working with Dr. Hans Koch to seek a suitable location for the first WCVD.  We found that all members of the WCVD executive worked well together. It was agreed that Dijon, France would be the site of the first WCVD.  It was also agreed that Congress sites would alternate between Europe and North America. The rest is history 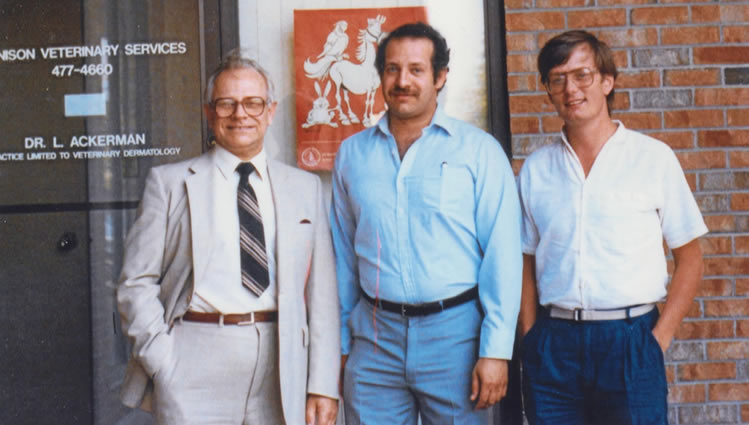 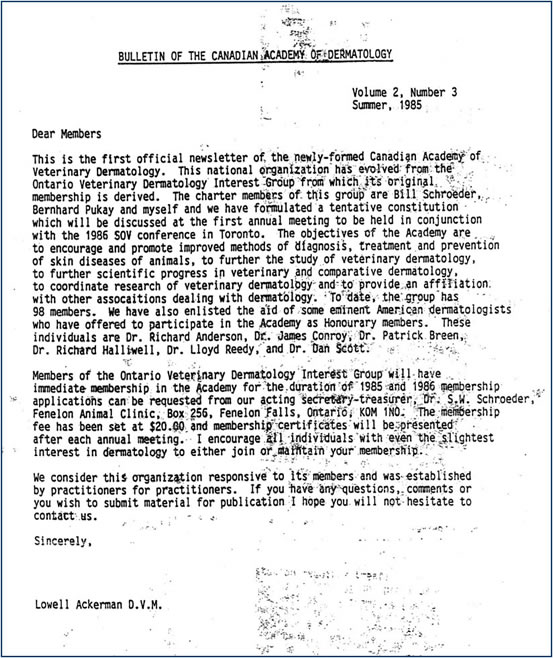 A copy of the first “Bulletin”, the newsletter of the Canadian Academy of Veterinary Dermatology. 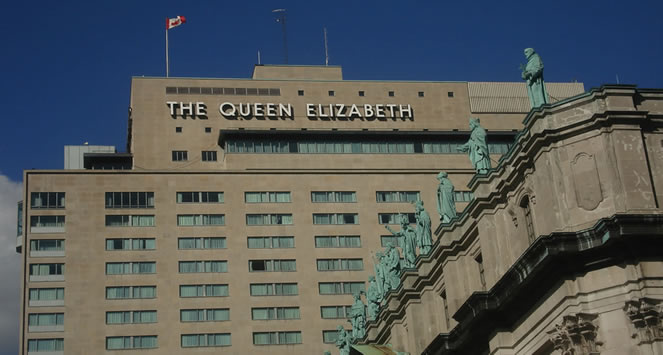 The second WCVD took place from May 13th to May 16th 1992 at The Queen Elizabeth Hotel in the heart of Montreal. This early-days conference, organized by four constituent organizations, attracted over 500 delegates. In comparison, seven organizations were involved in WCVD7 in Vancouver and the attendance is expected to surpass the record total of 1185 delegates from 52 countries of WCVD6 in Hong-Kong in November 2008. The growing number of attendees attests to the truly international nature of this gathering.